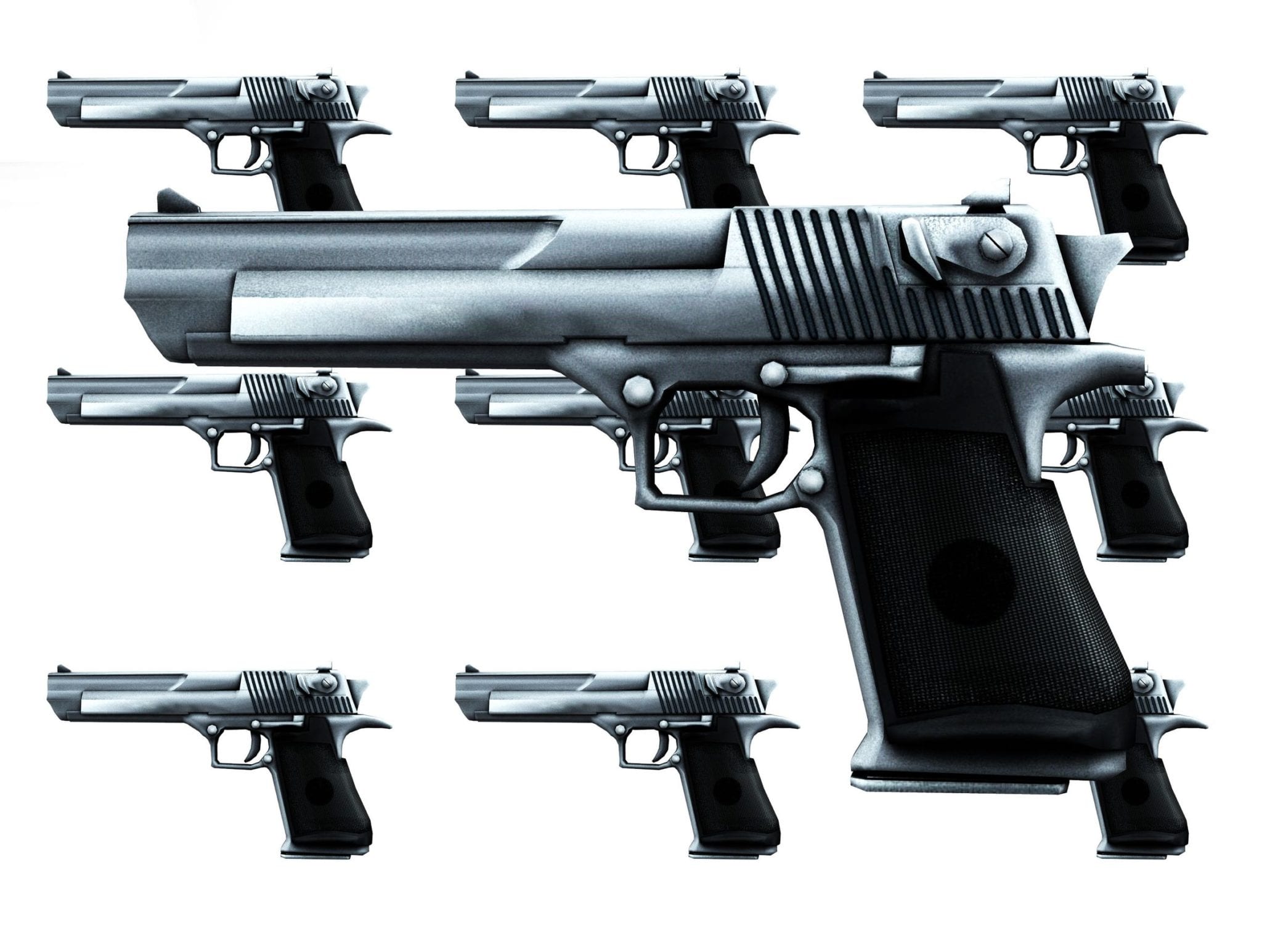 Until recently, the case of Tony Henderson sort of flew under the radar despite raising a significant gun rights issue. The former U.S. Border Patrol agent was arrested in 2006 and charged with marijuana distribution. The Government requested, and a U.S. Magistrate agreed, that Henderson surrender his gun collection to the Government as a condition of bond release. Henderson turned over a total of eighteen firearms to the Government—most of which had been in his family for years and some dating back to World War II—valued at $3,570.92. The former federal agent ultimately pleaded guilty to the drug offense and was given a six-month sentence.
Upon completion of his prison sentence, Henderson requested that the FBI release the gun collection to a third party who had purchased them. The FBI refused. Henderson filed a motion in the court of conviction asking for an order instructing the FBI to release the weapons to the third party, or, alternatively, to his wife. The court denied the request, and a subsequent decision by the Eleventh Circuit Court of Appeals held that Henderson did not have a “non-possessory interests” in the gun collection and to extend such an interest to him would amount to giving him “constructive possession” over them.
Led by the Fifth Circuit, two federal circuits (and the Montana Supreme Court) have adopted the Fifth Circuit position that “the general rule is that seized property, other than contraband, should be returned to its rightful owner once … criminal proceedings have terminated.”
A legal problem arises in a gun case because Section 922(g) of Title 18, United States Code, provides that it is “unlawful for any person … who has been convicted in any court of a crime punishable by imprisonment for a term exceeding one year … to possess … any firearm.”
The inherent friction between the two rules of law prompted the Eleventh Circuit in 2014 to fall on the side of Section 922(g) by holding the statute prohibits the Government from transferring firearms owned by a felon to a third party. The appeals court, and three other federal circuits, had rejected the Fifth Circuit’s lead on this issue which, in 1990, said a felon’s “claimed ownership interest in his [non-contraband] firearms survived his criminal conviction and could not be extinguished without according him due process of law.”
Last year the Supreme Court was called upon to decide which legal principle should prevail. In an amicus curiae brief, the National Rifle Association staunchly supported the Fifth Circuit position, saying the Eleventh Circuit position adversely affects the Second Amendment gun ownership rights of law-abiding citizens. The five-million member gun rights organization specifically told the Court that the Government’s “ … unsubstantiated speculation that Henderson might somehow retain control over the firearms he had sold to a third party, the Government seeks to distinguish the proposed transfer from other potential sales of firearms on behalf of convicted felons, such as a situation in which firearms are transferred ‘to a federally licensed gun dealer who would sell them, comply with any procedures required by the court, and remit the proceeds to the defendant.’

The Government’s argument on this score thus has nothing to do with the character of the felon prohibited from possessing firearms, but rather focuses on the non-felon, non-possessor’s relationship to that felon. The result is that the Second Amendment rights of certain law-abiding, responsible citizens – such as family members or friends of individuals who have been convicted of a felony – are accorded less weight than the Second Amendment rights of other law-abiding citizens, including those who do not propose to use the firearms in question for the purpose of self-defense in the home.”
Also, in an amicus curiae brief, the National Association of Criminal Defense Lawyers also sided with Henderson. The NACDL informed the Court that it had “an interest in protecting the right of persons convicted of crimes to assign ownership rights to non-contraband property that they may no longer lawfully possess to third parties or to reap the proceeds of a judicial sale of the property.”
On May 18, 2014, the Supreme Court in Henderson v. United States narrowed the focus of its inquiry to this single question: Does Section 922(g) prohibit a felon from transferring his gun ownership to either a licensed firearms dealer or some other third party? The thorny thicket the Court had to navigate was what actually constitutes “constructive possession” of a firearm. That issue was critical in the Henderson case because Section 922(g) does not prohibit a “felon from owning firearms,” rather it prevents a felon “from holding his firearms himself [or] from maintaining control over those guns in the hands of others.”
All the parties in the Henderson case agreed that Section 922(g) prohibits a court from “ordering the sale or other transfer of a felon’s guns to someone willing to give the felon access to them or to accede to the felon’s instructions about their future use.”
The Government, however, sought to expand this prohibition to the point that a felon could not transfer his firearms to another person “no matter how independent of the felon’s influence.” The Government argued that a felon did not enjoy the right to “control” who should or should not be the first recipient of his firearms. In effect, a criminal conviction terminates all property interests in gun ownership. The Government said the only exception to this rule would be a situation where the felon asks a court “to transfer the guns to licensed dealer or other party who will sell the guns for him on the open market.”
The Supreme Court was not impressed. The Court said the Government’s argument “wrongly conflates the right to possess a gun” with the right of ownership to “sell or otherwise dispose of” personal property. The Court added that the “Government view of what constitutes [constructive] ‘possession’ would also extend §922(g)’s scope far beyond its purpose. Congress enacted that ban to keep firearms away from felons like Henderson, for fear that they would use those guns irresponsibly. Yet on the Government’s construction, §922(g) would prevent Henderson from disposing of his firearms even in ways that guarantee he never uses them again, solely because he played a part in selecting their transferee. He could not, for example, place these guns in a secure trust for distribution to his children after his death. He could not sell them to someone halfway around the world. He could not even donate them to a law enforcement agency. Results of that kind would do nothing to advance §922(g)’s purpose.”
Having said that, the Court vacated the Eleventh Circuit’s ruling, finding that when a court is called upon to decide a motion like the one filed by Henderson, it “may approve the transfer of guns consistently with §922(g) if, but only if, that disposition prevents the felon from later exercising control over those weapons, so that he could either use them or tell someone else how to do so.”
Thus, at the end of the day, the issue decided in Henderson was simply this: a court has the “equitable power” to accommodate a felon’s request to dispose of his firearms as he sees it so long as the court is convinced the felon will not retain any control over the firearms.