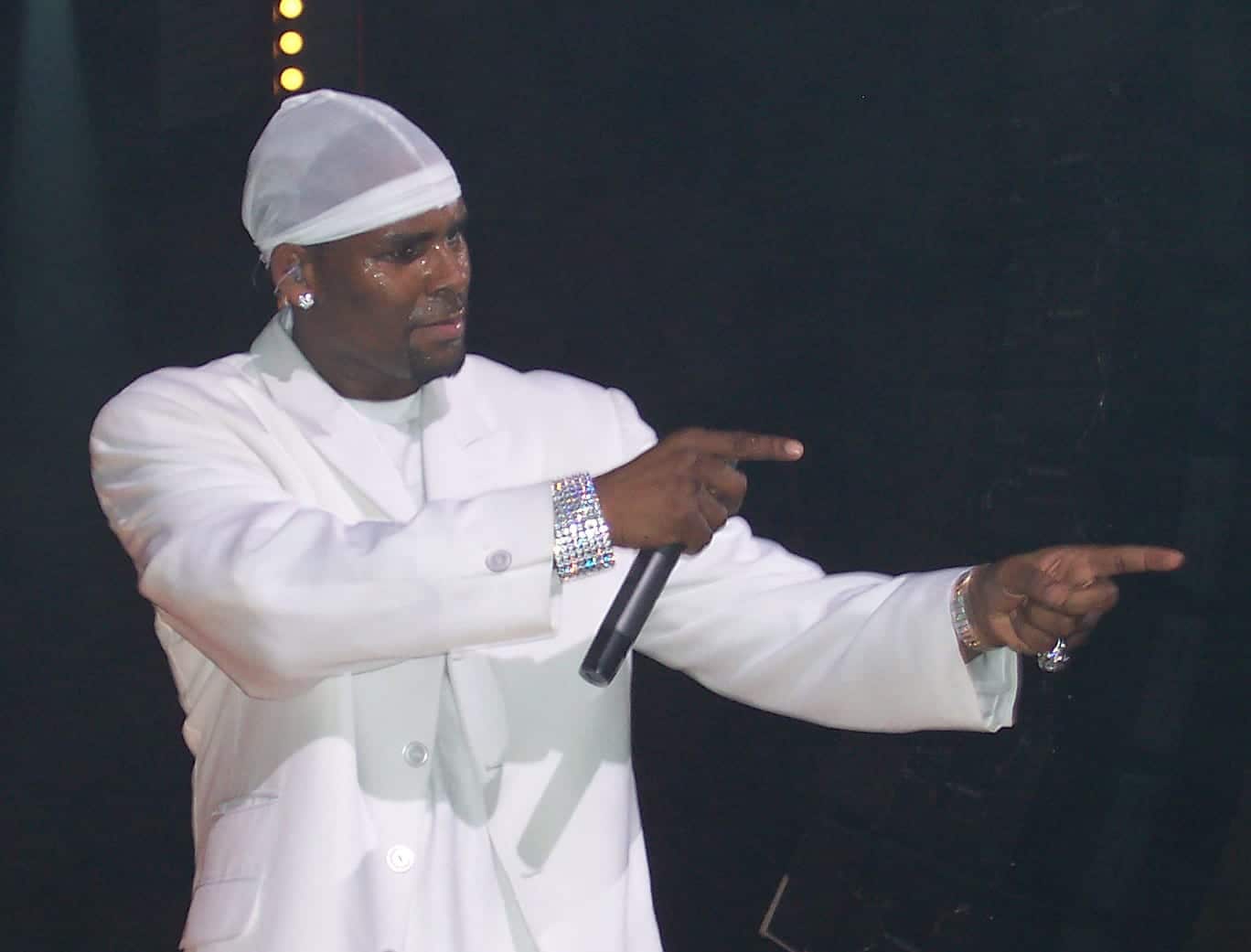 He was recently taken into custody on 13 counts related to child pornography and other federal-level crimes. Further, prosecutors claim he is an “extreme danger” to the community and an absolute flight risk.

Now that a victim from his 2008 child pornography trial is cooperating with the federal government, the odds the R&B singer will ever walk free again are rapidly decreasing. This witness has previously refused to testify against Kelly.

Child pornography is defined as the manufacturing, the possession, or the distribution of any visual depiction of (sufficiently) sexually explicit conduct involving a minor.

When these illicit activities cross state lines – physically or digitally – the crime is typically handed over to federal authorities.

Furthermore, as we see happening in the R. Kelly case, federal-level child pornography charges may be pursued in tandem by both federal and state prosecutors.

What the Feds Say about R. Kelly’s 2008 Child Pornography Case

The federal indictment handed down last week alleges new crimes of child pornography, obstruction of justice, and hush-money paid during his original trial more than a decade ago.

Four of the 13 counts are related to the production of four videos of sex acts with minors.

Under federal law, conviction of producing the first video could land the singer a 20-year prison term, but conviction on each subsequent video could double that penalty, for a total of 140 years.

Count Five addressed the conspiracy to obstruct justice. It alleges Kelly conspired to tamper with evidence and to pay victims thousands of dollars to keep quiet during trial.

If two or more persons conspire to defraud the government – the Illinois justice system in this case – each conviction carries a five-year prison term.

In R. Kelly’s indictment, all acts to conspire in order to obstruct justice were included under one count. Therefore, a conviction would add five years maximum to his tally.

Also an allegation of conspiracy, Count Six saysKelly and his manager conspired to receive child pornography when they demanded lost sex videos be returned by mail (child pornography transported over state lines).

Once they knowingly received the child pornography by mail (Videos 2 and 3 were returned together, Video 4 returned separately), those separate deliveries became an additional two charges.

The math can get tricky on these, but these counts fall under the same statute as the production crimes. Two hundred and sixty years could potentially be handed down should R. Kelly be convicted on all eight counts.

In total, the 13-count federal indictment exposes Kelly to 405 years of prison time—without the benefit of parole.

Further, the indictment closed with a mandate to forfeit any property directly related – or even traced – to the production and profit from these offenses (valued at $1.5 million-plus).

And this indictment doesn’t even touch the separate document outlining alleged racketeering and Mann Act violations.

What It Means to Face Federal Child Pornography Charges Sentencing in federal child pornography cases is on the rise, and R. Kelly is certainly enough of a public figure to be made an example of this tough position.

Don’t let the same happen to you.

The feds are making good on their promise to crack down on child pornography. Single acts are being separated into multiple charges, and penalties add up fast.

If you wind up on the wrong side of this law, you’re going to need a Houston child pornography attorney experienced in combating federal-level allegations.