8 Strategies You Can Use to Fight Embezzlement Charges
Posted By: Staff Writer Embezzlement, sometimes referred to as employee theft, is the misappropriation of funds belonging to someone else but entrusted in your care. While this offense is generally brought against employees, it can be charged against anyone with a fiduciary responsibility.

Embezzlement can be prosecuted as a criminal or civil fraud. In criminal prosecutions, the prosecution must establish four factors:

If you are facing embezzlement charges, there are several defense strategies you may employ to fight the tough penalties you are up against.

In this article, we’re going to go over eight different ways your lawyer can protect your rights and perhaps get the charges reduced, dropped, or dismissed.

First, though, let’s look at the legal implications of embezzlement.

Embezzlement is  white collar crime  that results in punitive fines and possible imprisonment, and is often punished to the fullest extent of the law. The courts tend to crack down on embezzlement because the extent of the crime usually has negative effects on many people and entities. Embezzlement frequently occurs at the corporate level, but it can happen in almost any business situation.

So that’s the legal definition, but what does it really mean?

Examples include an administrative assistant using a company credit card to buy things for themselves, a store manager who is responsible for depositing money taking some of it, or a business partner taking holdings from the shared partner fund for their own personal use.

These crimes of theft can vary in severity and scope, and thus will face different levels of sentencing. Smaller embezzlement incidents tend to result in less severe consequences. Complex, drawn-out embezzlement schemes that involve large amounts of money and causes harm to numerous people or entities usually result in stiffer civil penalties and longer prison terms.

Embezzlement is different from larceny, which is the unlawful seizure of personal property.

Because embezzlement requires a conversion to take place – a drift from the original intent, which was legal. The crime of embezzlement focuses on broken trust and secretive, deceptive schemes to misappropriate funds.

Embezzlement is considered more serious than theft because it involves violating the trust granted to the person who steals the money. Even if you take less than $1,000 in funds, you may face many tens of thousands of dollars in damages. Your livelihood, reputation, and freedom are all at stake.

That’s why it is important to keep these eight strategies in mind when you are preparing your defense.

Over 40 percent of federal embezzlement charges are dropped due to insufficient evidence. This may be a strategy for your defense if there is a lack of a paper trail. However, this strategy works only if a jury finds you innocent beyond a reasonable doubt and if investigators are unable to put together a clear case.

If you truly believed you were at risk of significant loss unless you embezzled the funds, you may be able to use duress as your defense. This may work if you faced the scenario of losing your job if you chose not to embezzle the funds, for example. 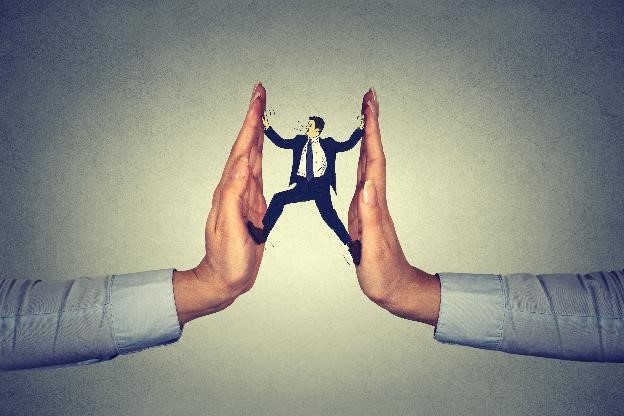 This situation happens when the government coerces an innocent person into embezzling funds they would not have taken of their own free will. Be aware that entrapment is a defense that the prosecution will fight, saying that you would have been likely to commit the crime regardless of the pressure you may have faced.

Embezzlement is predicated upon the intent to commit a crime. If you can show that you thought you were the actual owner of the property you allegedly embezzled, you may be able to stand upon this defense.

You can use this defense if the prosecution does not initiate proceedings within the period of limitation.

In this plea, you choose to plead neither guilty nor innocent. The court determines the truth by examining the evidence presented by the defense. This plea can only be entered with court permission.

You will have an easier time pleading incapacity than insanity. If you can prove that while the embezzlement occurred, you were mentally incapacitated, this defense may stand. An example would be if you were heavily medicated at the time of the transactions.

If you repaid your embezzled funds, you may receive a reduction in sentencing, depending on the length and severity of your case. But don’t expect repayment to completely recuse you from the charges. Don’t try to fight your charges alone. Embezzlement is a serious charge, and you need experienced legal counsel to guide you through the process and advise you on which defense strategy is most likely to help you based on your specific circumstances.

Don’t talk to investigators without a criminal defense lawyer present. These investigators are trained in interrogation techniques that can undermine your ability to defend yourself. You may make a false statement in response to one of their questions, which can put you at risk for felony charges.

This is not a risk you can afford to face.

As soon as possible, contact an attorney with experience in white collar crimes who can help you fight your charges and defend your rights.